When the Cohort Two participants were in the seventh grade in 1987, they were asked what they expected to do when they finished high school. Seventy percent said that they expected to enter a 4-year college immediately after graduation, but six years later, as high school seniors, only 57% of the same group still planned to enter a 4-year college (see Figure 1). 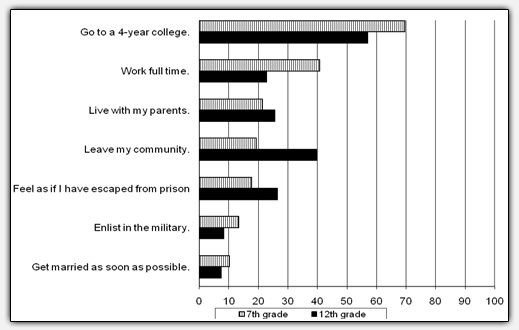