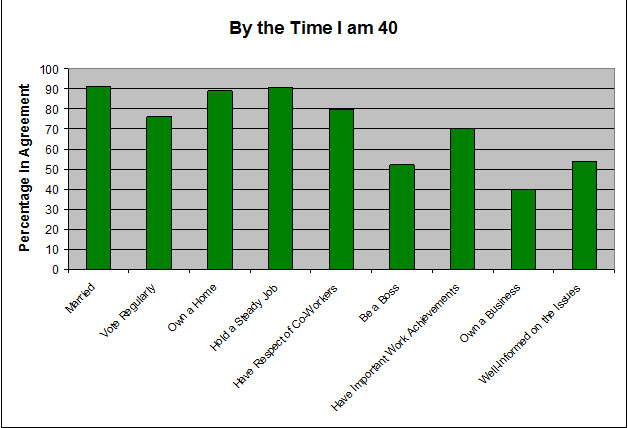 Figure 1. Bar graph depicting the percentage of respondents who agreed that the activities were something they would like to have accomplished by the time they were forty years old.

During different periods of our lives, individuals make goals for themselves. Many people make a list of different accomplishments they hope to achieve by a certain age or before they pass away. As a person grows up, items get crossed off and additions are made. In an attempt to have the participants of the Longitudinal Study of American Youth (LSAY) begin to think about a makeshift list of future goals, the questionnaires contained a series of items one might hope to accomplish in adulthood.

In 1987, the LSAY sent out its first questionnaire to 5,945 participants in two different cohorts. The first cohort consisted of 2,829 tenth graders, and the second cohort comprised of 3,116 seventh graders. Part of the questionnaire asked about their future goals and what they would like to be doing or have accomplished by the time they were forty years old. This analysis takes data from questionnaires given when both cohorts were in twelfth grade, and the percentages come from a total of 3,318, that excludes missing data and those who left the whole page (i.e., all the options) blank.

Presently, LSAY participants are between the ages of thirty and thirty-five years old, and I thought it would be an interesting idea to remind them of some goals they had set for themselves when they were back in high school. Although some goals are achieved and others change due to life experiences, the categories displayed are things that can be continuously accomplished. For example, 53.9% of participants responded that they want to be well-informed about the issues. As new technology becomes available and new studies are done, more information can be obtained so one must consistently be reading up on new material to be well-informed. Furthermore, this might be of special importance to some people during the 2008 presidential election season.

As seventeen and eighteen year olds in their final year of high school, many individuals have a clear set of how they expect their lives to turn out. However, just as many people have no clue about their futures and have not begun to make any plans. It is interesting to note that, from the data, 91.4% of the sample said they hoped to be married by the age of forty; holding a steady job came in a close second with 90.7% of the sample agreeing; and owning a home in third with 89% of the respondents in agreement. Therefore, even though many young adults may not have a clear idea of what the future holds for them, they do have some idea of what they would like to do or who they would like to be.

Although, the participants are not yet forty years old, they will be within the next decade, and looking back, one might ask if they think they are on track to accomplish the goals they had set for themselves. For some, this might be a friendly reminder of how their goals have changed since they were in high school, and for others, this may show them the things they have accomplished over the years. Hopefully, for all, this will be a reminder to keep setting goals for the future and to strive to achieve them!