LSAY Participant Mobility While in Middle and High School

The LSAY began in the Fall of 1987 with two cohorts of students: 3,116 seventh graders and 2,829 tenth graders. The sample began with 51 high schools in 24 different states across the United States. After the high schools were chosen, 52 middle schools—that served as feeder schools to the high schools—were selected.

By the time the seventh graders (Cohort Two) graduated from high school, they attended 524 high schools in 41 states and one foreign country (see Figure 1). Most of the change in the number of schools attended took place by the end of the ninth grade. 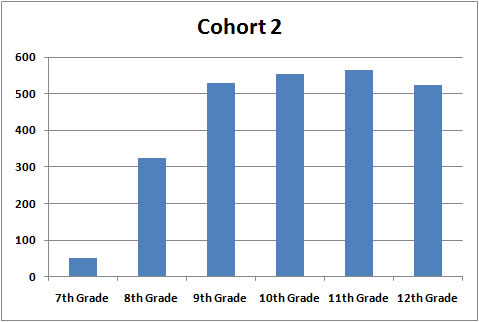 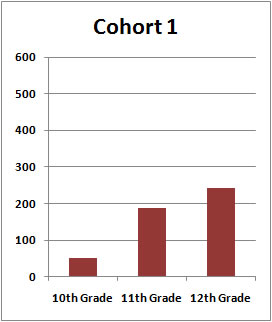 The 20 percent of Cohort Two students who attended schools more than 10 miles from the original LSAY schools accounted for 65 percent of the schools attended. In other words, the great majority of participants stayed within their original school districts, but families continued to move away from the original districts throughout the secondary school period.